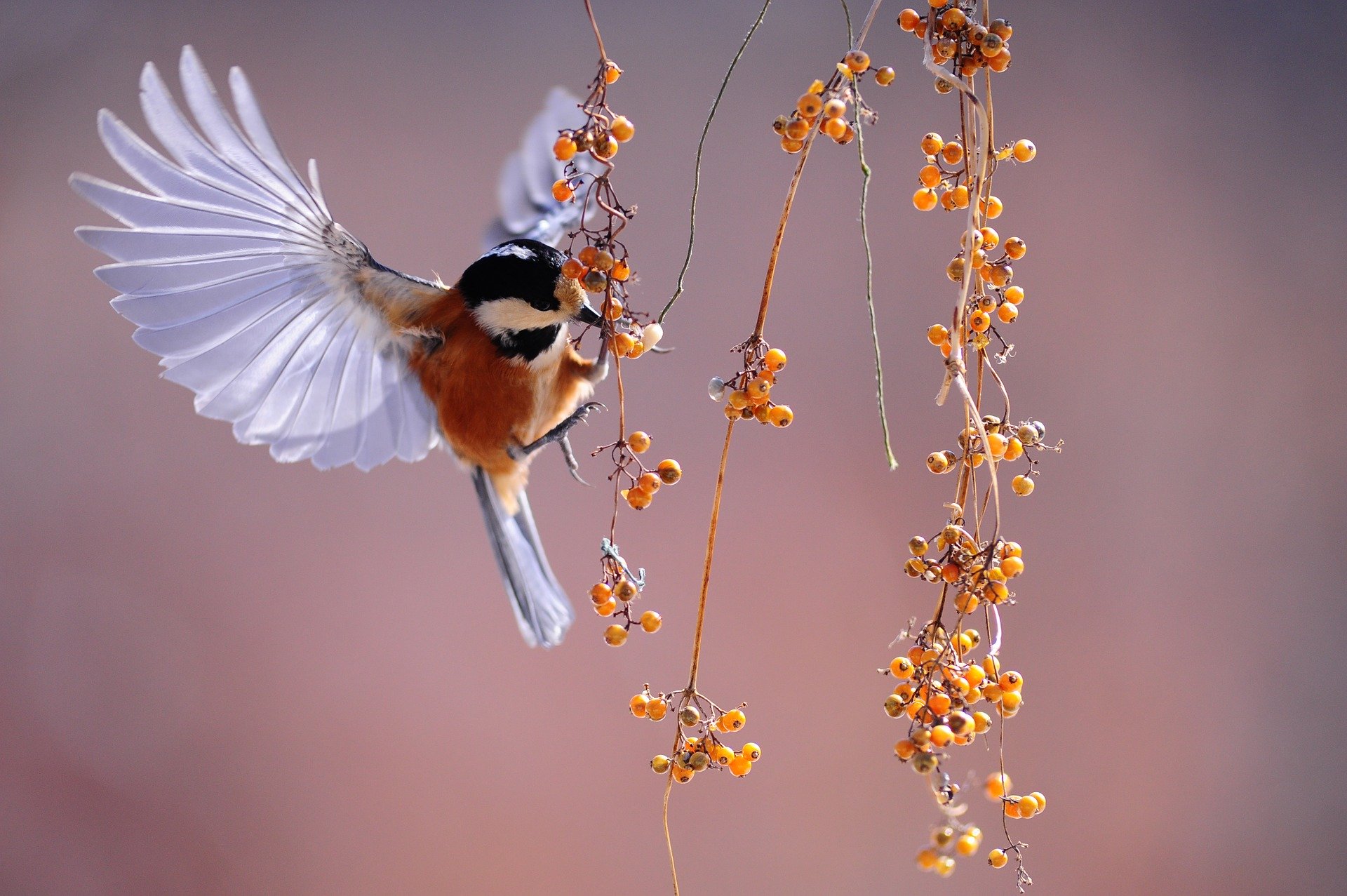 Our Riddle Game has over 5000 riddles. This one is about a winged thing that sings, and guard Humans with its life. First we should break this down into the various parts that define it as a riddle. Those parts are:

It is pretty accurate to say that most of us can think of multiple things that have wings. We can beat our Riddle Game if we can just figure out which of those things actually meet all four conditions for this answer. Below we will list several things that have wings, and we will try to eliminate each one, until only one remains, so that we can have an answer for Riddle Robot Eyezak in our Riddle Game. Here is the list:

Do the wings on a plane have feathers? No, not really. Plane wings are typically made of a light-weight metal, like aluminum, and crafted specifically to displace air in such a way that it creates lift below the plane. Plane manufacturers do try to emulate feathers on their wings though, because feathers are one of the features that allows a bird to control their altitude when using a wing. Alas, plane wings still only emulate feathers and do not actually have them.

What about singing? Do plane’s sing? Can it still redeem itself as an answer for our Riddle Game? No. Planes are inanimate objects, made by man, with a singular purpose: traveling at high rates of speed. They can make sound while they are in operation, like whining and clicking and tapping; however, most people would not consider this singing, and would rather consider it annoying background noise.

How about protect you with their lives? Well, planes do protect you as you fly. The prevent you from getting wind burn because of their hard outer shell. They also provide oxygen to you, in an otherwise low-oxygen environment. Additionally, they keep the air pressure at a level that is required for the Human body to stay in one piece; however, our Riddle Game requires that it sacrifice it’s own life in order to save ours. Since planes are not alive, they do not have this opportunity.

So it seems like a plane is a hit or miss kind of deal. You can say they have wings, but no feathers. They make noise, but do not sing. We proved that they do protect us, but have no life of their own to sacrifice. Basically, they only satisfy part of the quandary from our Riddle Game. Therefore it is not the answer we should present to Riddle Robot Eyezak.

We have all seen the commercials for Red Bull, where they predominantly display and say their slogan “Red Bull gives you wings!” Riddle Robot Eyezak from our Riddle Game is aware that users of Red Bull could be considered to have wings. Even though it is figurative, it could still be what the riddle is about, so let us consider this as a possible answer.

Do the wings given by a Red Bull, have feathers? Yes, in fact they do. If you watch the commercials, the animated character that they use in their advertisements typically has white feathered wings, much like that of a bird. He even flies upwards once he gets the wings, proving that they work. He flaps them, because they are constructed from feathers. So yes this criteria is met, which qualifies it as an answer for our Riddle Game, possibly.

Do Red Bull users sing after they have their wings? Well, since Red Bull users are Humans, and since some Humans sing, it stands to reason that some of the Humans who use Red Bull do sing; however, even if that is true, would it be true for all of them? No. Just because some Humans sing, does not mean that all of the Red Bulled up Humans do. At best only some of them do, logically speaking. This is probably the thing that disqualifies Red Bull Users, but we should just check that last condition anyways.

Would a Red Bull user protect you with their life? Probably not, as a general rule of thumb. There are literally millions of people out there drinking Red Bull. Only a fraction of them know you. Plus an even smaller fraction would say that they would give their life for you. Further still, only a significantly smaller fraction would actually do it. The spirit of the riddle, from our Riddle Game, is that it needs to apply to most, not some. Since most do not know you, they will not give their life for you.

Based on these facts, it seems like again Red Bull users only meet about half the requirements. This means that they are not the answer to our Riddle Game’s question. We should not even waste time giving this answer to Riddle Robot Eyezak, and instead focus on the remaining possible answers for our Riddle Game. Birds are next.

The Riddle Game might be expecting a bird as the answer. Most of us know that birds do in fact have wings, and that those wings enable the birds to fly, which is their primary mode of transportation. These are important facts that partially qualify Birds as being the answer to our riddle. But how do they stand up to the remaining criteria?

Would you say that a bird’s wings are made up, at least partially, of feathers? Most people would say that it is a true statement for sure. One defining characteristic of a bird is that their entire bodies are covered with feathers. This includes the wings. Our Riddle Game wants something that has wings but only those where the wings contain feathers. Birds meet that condition.

Do birds sing, in the traditional since? Actually yes they do. Birds tend to have an extremely high pitched voice, and that voice can create waves of sound that could be, and are, construed as singing or music. Many Humans enjoy the sound of birds singing. This is so true that even in cinematic entertainment, we have depictions of birds singing full songs, without words. Thing about the Disney Princess Cinderella. She has a group of feathered friends that serenade her constantly with song.

Three out of for conditions from our Riddle Game have been met so far. But, does it make sense to say that a bird would give their life to protect any Human from… anything? No. Birds do not actually care about Humans. When it comes down to it, they are like any other animal in the wild, meaning that they only care about living themselves and finding food to do so. Our Riddle Game requires that they be willing to sacrifice themselves, and they simply are not.

We were close with this one. Birds do meet most of the criteria, but they simply do not care enough about Humans to actually willingly give up their lives to protect us. Our Riddle Game requires this as a criteria, so it is illogical to say that Riddle Robot Eyezak would accept birds as the answer to his riddle. We have one more left to explore!

Angels are special, for a lot of reasons, even from inside the context of our Riddle Game. One of those reasons, is that they are often depicted in writing and art as having large wings, which supposedly allow them travel from our world to the next. This is actually such a defining characteristic of an angel, that many attempt to remove wings from their depictions have failed in some of the worst ways, at least in television entertainment.

It is a wide known fact that their wings are biological, and therefore resemble that of a bird, who actually have feathers. Even though they are much larger than a bird’s wings, and the number of feathers required to cover them is vastly greater than that of a bird, it does not change the fact that they have feathers. Our Riddle Game expects that all conditions be met though.

Do they sing? Yes. How about specifically sing Hymns on High. Yes. Angels, in religious texts, are often depicted as singing the praise of their God. They sing tales of his glory and compassion. This trait is so defined and commonplace, that there is even a Christmas song that references it “Hark the Herald, Angels Sing!” Our Riddle Game’s answer is getting close now. Only one more condition to meet.

Can we say that they would protect us with their lives? Yes. Many Humans often refer to their “guardian angel,” an apparent entity that protects them from harmful acts of tragedy, like violent car crashes or train wrecks. These would be protects throw themselves in front of the danger to save us mere Humans from a gory death or of violent dismemberment. Our Riddle Game recognizes this recanted selflessness, and accepts it as a truth.

Thus, as you can see, of all the things we know of with wings, Angels are the only ones that meet all the criteria. They have feathers. They sing Hymns on High. They protect us with selfless disregard for their own lives. If you think this is wrong, has another answer, or just generally have a question about the answer or riddle, please feel free to put it below in the comments.